Can pixelated blood boil and virtual veins bleed? Can you suffer a little death by a stroke of a virtual hand? Are we wearing virtual skins, or are they wearing us?

Striking Vipers is the title of the opening episode of the fifth season of Black Mirror,  in which two male friends rekindle their friendship playing a VR fighting game, only to find themselves sexually attracted to one another through their virtual avatars.
Together with our guests we will take on the most popular fantasies on VR, established by such seminal SF works as Black Mirror, Ready Player One, Existenz or The Matrix and confront them with the reality of living, loving, dreaming and suffering in the six degrees of freedom offered by the modern virtual reality tech.
Never has SF been as conflated with our experience as it is in VR and it requires us to ask: how are our social identities complicated by their intersection with extended reality technologies?

This talkshow on VR bodies will be streamed live from VR Chat. Participants are:

Dr. ir. Melanie Peters - director of the Rathenau Instituut, researching the impact of science, innovation, and technology on society (and responsible VR practices).

Deirdre V. Lyons - VR actress, whose last role was as Prospero in the Shakespearean live, immersive theatrical production of The Under Presents: Tempest.

Daniëlle Hooijmans - performer, researcher and co-creator of The Machine To Be Another from BeAnotherLab. 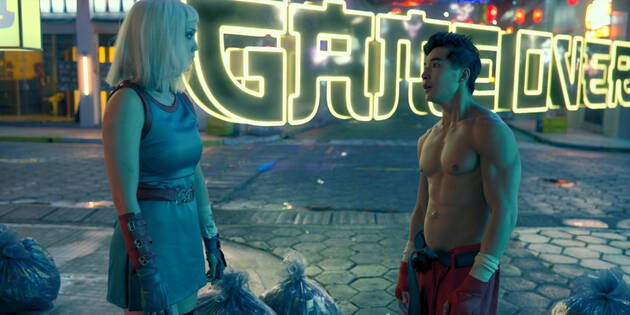