Introvert and well-mannered guy is thrown into struggle for survival in a superbly directed crazy downhill slide into the night.

After the death of his father, Dani feels down and lethargic. His sister Laura presents him with a holiday ticket, but the night before he leaves, he is approached by the energetic Mila. Once in her apartment, events take a dramatic turn. Panicking, Dani needs to retrace his steps. Struggle for survival turns into a superbly directed crazy downhill slide.

From the prolonged over-the-shoulder opening shot to the adrenaline-pumping crescendo of neon-lit flickers, this is a movie that gradually picks up speed and takes you along on the ride. It seems to follow a familiar path, but it’s only an uphill ascension, and what follows is a crazy downhill slide into the night of the soul. Dani's panic becomes palpable throughout and following him on the run is an almost physical experience. Cross the Line is a superbly directed and highly subjective piece of magical realism that turns into a full-on action film that will have the audience clinging to their seats. 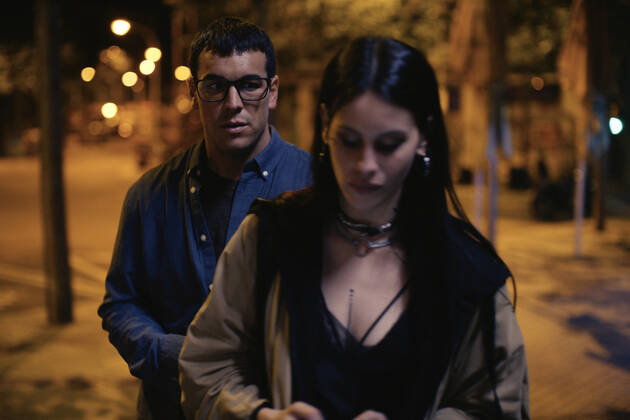 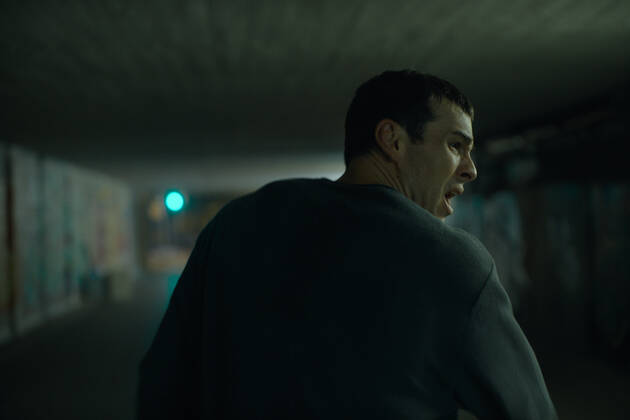