Ray takes on a job as a cabler for a quantum tech company in this cool anarchist take on Black Mirror.

Delivery man Ray takes on a job at a quantum tech company. The job: rolling lines of cable from one quantum location to the next, through forested areas and thick rubble. But these are not the only obstacles Ray has to overcome in a film full of likable characters that plays like a stoner version of a Black Mirror episode.

Lapsis has a cool anarchist, leftist political agenda and some interesting things to say about big tech and its exploitation of human and natural resources. Whilst having to deal with the horrible circumstances in which he's forced to work and other cablers trying to steal his routes, Ray also has to outrun the tiny robotic cabling machines the company has installed on the routes in case any of the workers 'don't make it'. As one critic remarked, it is as if 'Ken Loach did sci-fi - apart from the fact that Lapsis is way funnier than Loach will ever be!’. 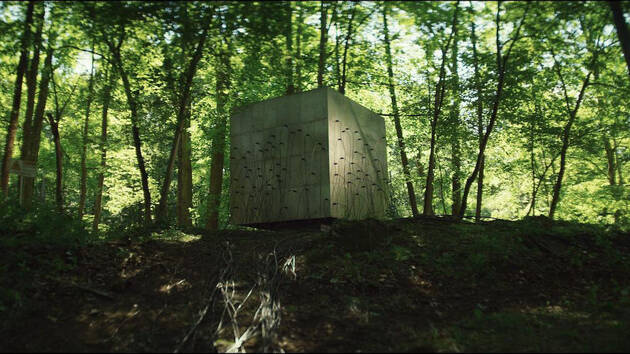