Peter Strickland is back with a film in which the inside of the body isn’t a stage for horror necessarily, but for art.

Welcome to the Sonic Catering Institute, a place for experimental food and sound performances. Where musicians create pieces out of sizzling bacon and dribbling egg yolk and where intestinal inconveniences are turned into an auditory masterpiece. As a band searches for inspiration, we are led on a journey of the senses.

British director Peter Strickland is back with perhaps his weirdest film yet – and that’s saying a lot coming from the man who gave us a horror film about Foley, a kinky lepidopterist and a haunted dress. But even if Flux Gourmet – which Strickland based on his own experiences as part of a noise outfit that recorded food-based tracks – is ostensibly about gastrointestinal processes and bodily fluids, it is of course just as much about power play, exploitation, honesty and fragility. Come for the farts and the pimples, stay for the sound design, the succulent close-ups and the memorable set pieces. Si, maestro! 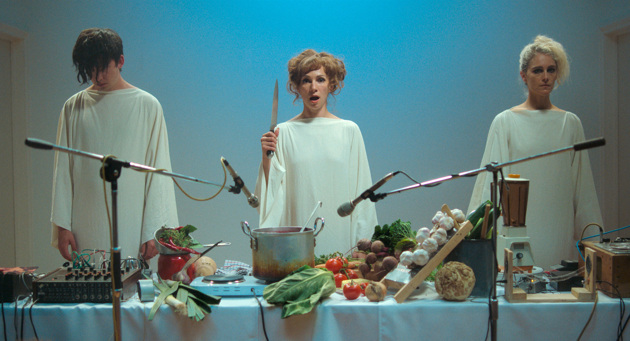 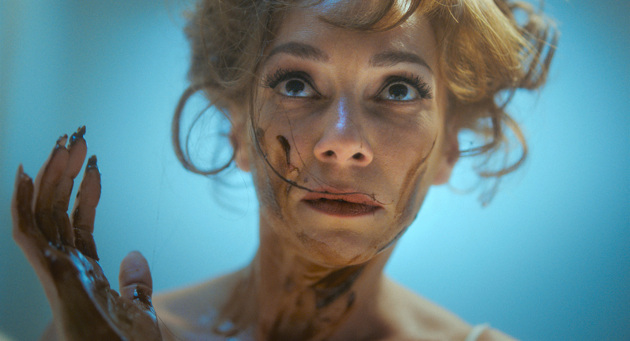 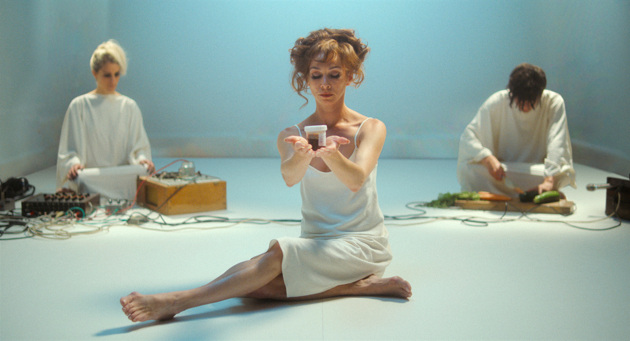