Your help is called for in the search for Tolkien's most mysterious fantasy figure. Film maker Joost van de Loo and his network of holistic detectives are on a worldwide quest to find Tom Bombadil. This live Special discusses their methods and shows new material. Due to the intimate, as-yet-unpublished nature of the material, the audience is requested to make no recordings of the event.

How do you find your favourite fiction character in the real world? This question haunts Finding Tom Bombadil, a detective documentary that premiered at Imagine in 2019 before a room of Bombadil fans. Now its maker is appealing to the public for help. He is joined by an international panel of detectives and investigators, such as dr. Mark Benecke and Professor David Hand.

Tom Bombadil is a nature-loving, minor character in The Lord of the Rings, who mostly sings nonsensical songs. He’s also the only one unaffected by the Ring. In 2015, Joost van de Loo became a holistic detective dedicated to finding Tom Bombadil. He’s been searching for years, investigating across five different continents.  Joost says: “Somehow Tom Bombadil always stood out for me. He’s so positive and unique; the oldest and maybe most powerful person in the universe, but power leaves him cold. My project assumes that he actually exists. We’re assuming that somewhere, Tom Bombadil is living and walking amongst us.” 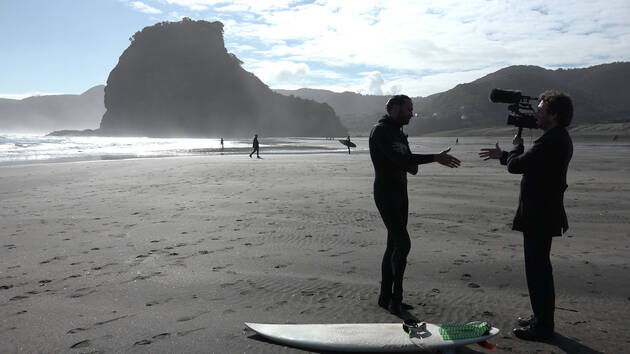