24 hours in the absurd and adventurous lives of two good for nothing brothers... and their mother's dog. Hilarious, anarchist comedy pulls no punches.

Issachar and Zabulon, living in Brussels, may be in their twenties, but they behave like rebellious teenagers constantly doing mischief. But when they lose mother's dog during one of their adventures, they finally cross the line. Mother gives them twenty-four hours to find the mongrel, otherwise she will kick them out. Hilarious, anarchist comedy somewhere in between John Waters, Troma and Dumb & Dumber pulls no punches.

This crazy, trashy, wacky comedy, somewhere in between John Waters, Troma and Dumb & Dumber, is the first feature by brothers Lenny and Harpo Guit, with Harpo taking on one of the leads.  Yes, that's famous French actor Mathieu Amalric, who in a small part agreed to two days of shooting for free. The over the top jokes are as crass and gross as to be expected from a film that starts with force-feeding human shit. But there are wildly absurd scenes too, like the utterly strange VHS video the brothers make. Hilariously tasteless and provocative, Mother Schmuckers pulls no punches. 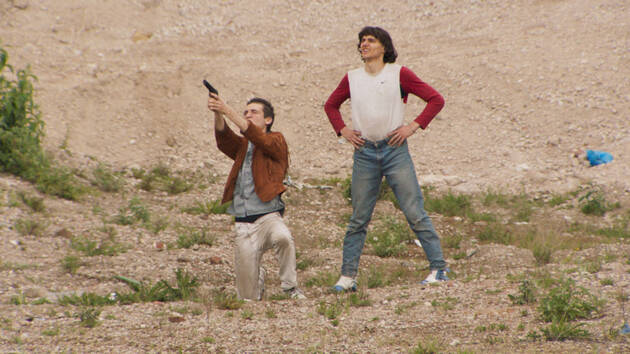 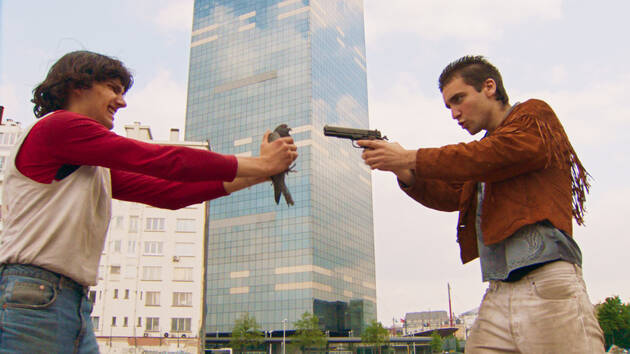 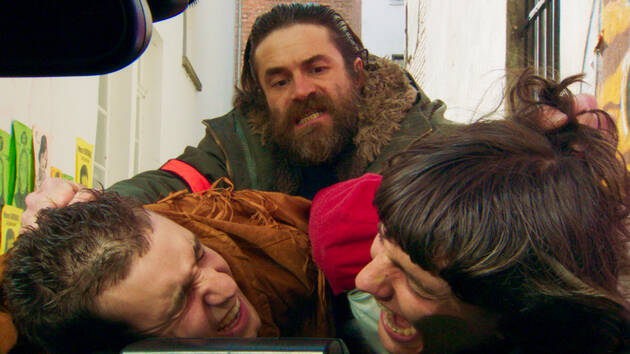 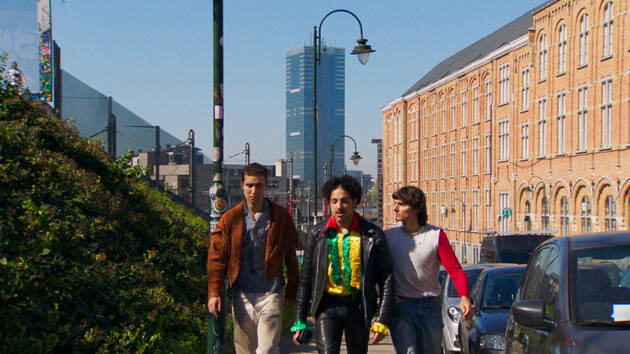