Coming Home in the Dark

A hiking trip descends into a nightmare, in a nerve-rattling thriller centering around guilt and retribution, with undertones of racial disparity.

School teacher Alan goes hiking and camping with his family in a remote part of New Zealand. On their first night around the campfire, two intruders appear. They give them car keys and money, but they are after a lot more. The family is forced into the car and taken on a hellish night ride. Nerve-rattling thriller centers around guilt and retribution, with undertones of racial disparity.

In James Ashcroft’s first feature the stunning backdrop of the New Zealand wilderness quickly makes way for the claustrophobic environment of the family car where most of the film takes place. In this space, where escaping is impossible, a battle of minds unfolds between the main kidnapper and Alan. It becomes apparent that this is no ordinary robbery or kidnapping and the confrontation quickly moves to questions of guilt and retribution, dealing with Alan’s past. Interwoven are themes of racial disparity, as both Alan’s wife and one of the kidnappers have a Maori background, adding extra shades to the moral dilemmas of the story in this nerve-rattling thriller. 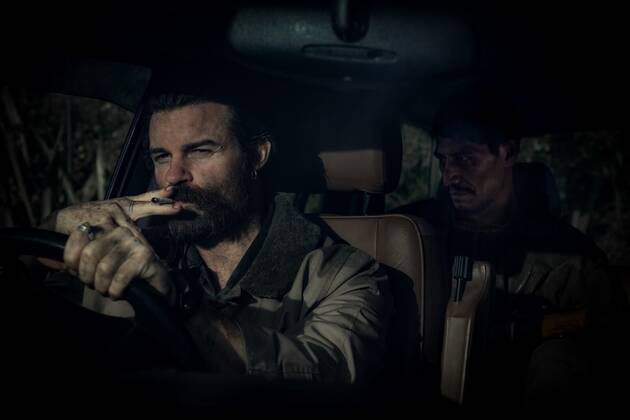