Theatre company made up of bus drivers ventures into an Alien adaptation in a completely authentic, hilarious and moving documentary.

Every year, a theatre company made up of local bus drivers puts on a Christmas show, always in the farcical ‘panto’ genre. When the scriptwriter wants to try something different one year, he throws himself into an adaptation of Alien. While the result may not be a hit with the locals, it does earn them an invitation to the London West End. Feel-good documentary is authentic, hilarious and moving.

Alien on Stage is not a documentary that relies on a polished aesthetic. The strength of the film lies in the immediacy with which the makers managed to capture the long road of the struggling Christmas production to a celebrated London success. ‘There’s room for improvement’, says the director at the beginning of the film, with a keen sense of understatement. And the various members of the cast do have trouble with their lines – they have to learn everything in between work and study. However, the group’s perseverance is infectious and the way the Alien-fans embrace the play in the London theatre is heartwarming. 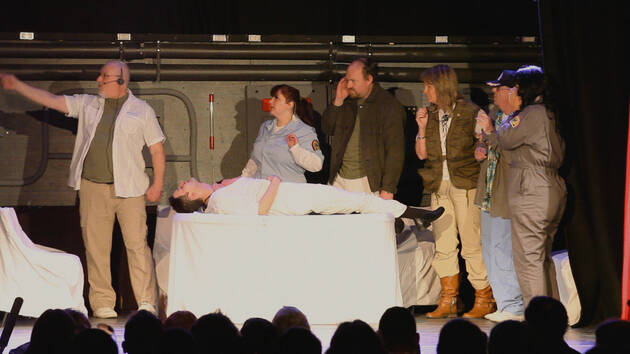 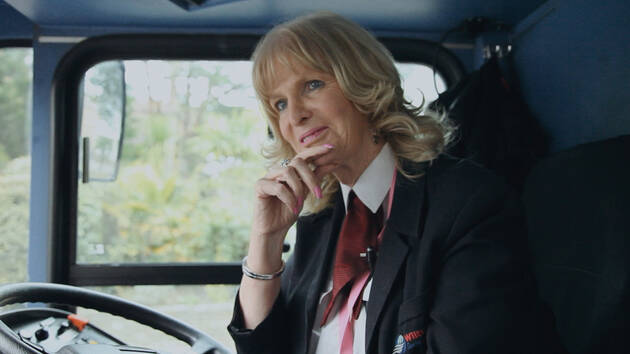 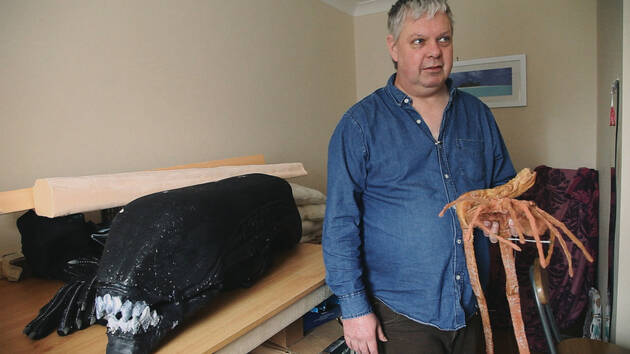 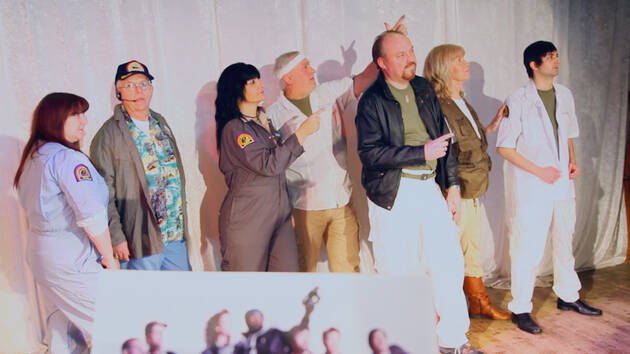 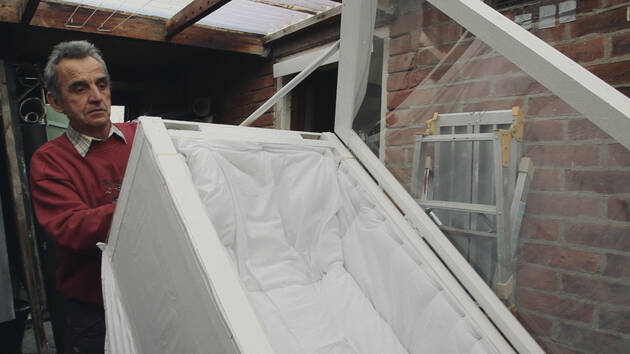 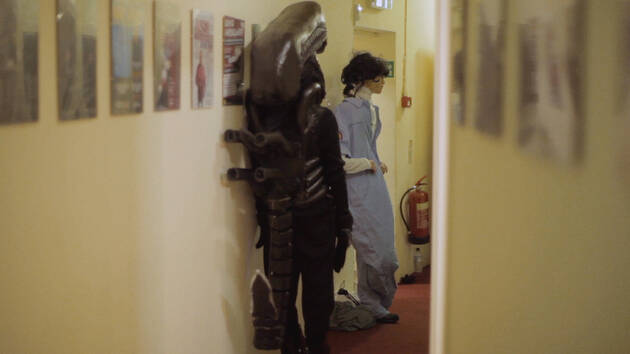 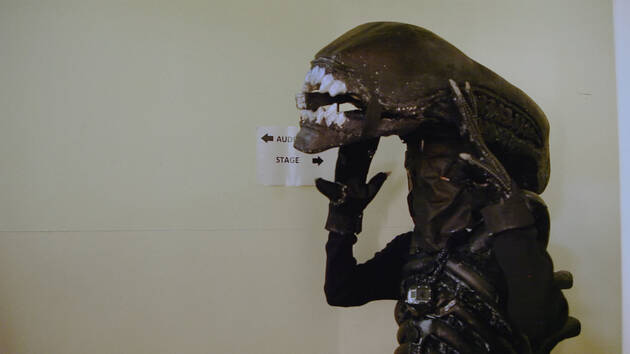 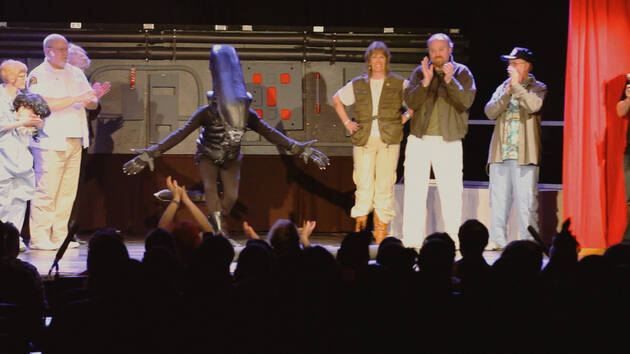 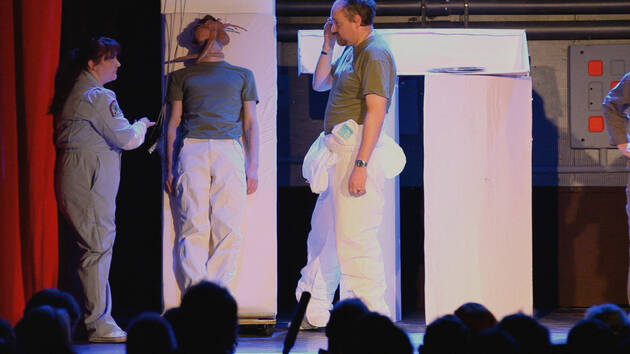 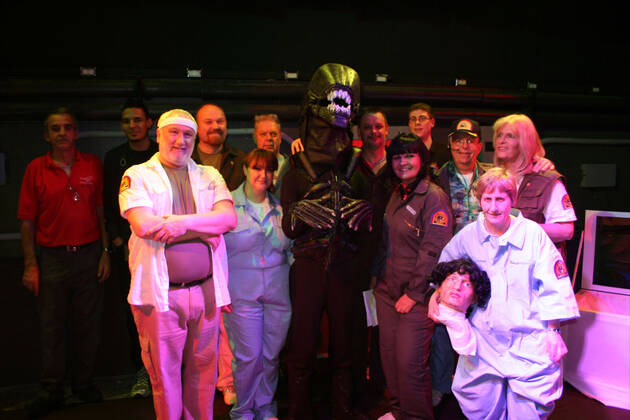