Disturbed and genius programmer is confronted with smart and dangerous AI in gloriously old-school animation about a not-too-distant future.

Disturbed, genius programmer David has alienated himself from his loved ones and his colleagues because he's too focused on his magnum opus: an AI system to end all AI systems. After weeks in isolation, he must now confront the ever-increasing problem of a machine that is much smarter than he is. Gloriously old-school animation about a not-too-distant future.

Who would expect an AI movie to feel so analogue? This is speculative science-fiction by way of pencil strokes, and by moving the arena from the shiny hallways of Silicon Valley or a futuristic metropolis to a dilapidated warehouse filled with rickety old servers and tangled wires, writer-director-producer Ryan Braund turns this into a meditation on the maker, not the machine. Initially, their confrontation is fairly realistic, but when the machine really gets on David’s nerves, a different reality sets in, culminating in a Kubrickian 2001-style Stargate sequence.  A gloriously old-school animation that pits the disturbed human brain against the clean intelligence of a machine. 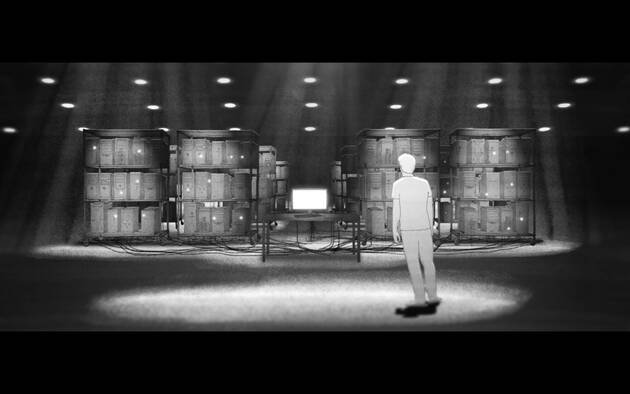 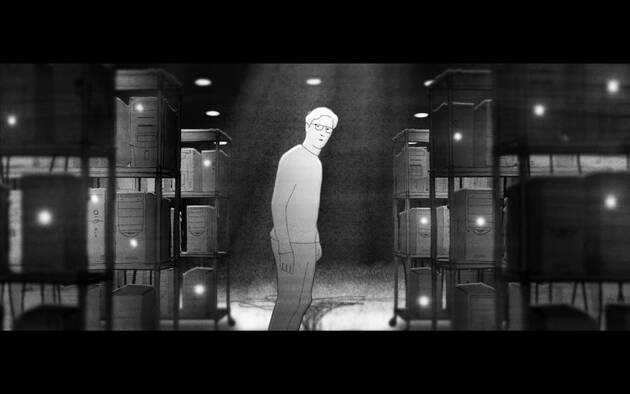 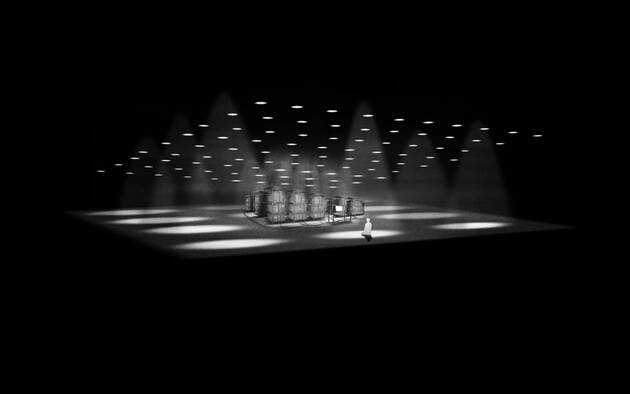